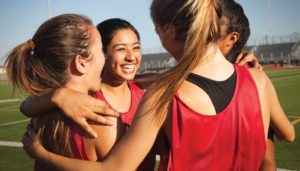 A national report highlights what one advocate says are deep disparities in the well-being of children in Iowa by race and ethnicity. “Race for Results,” is being published by the Annie E. Casey Foundation.

Anne Discher, interim executive director of the Iowa-based Child and Family Policy Center, says the report signals the need for a statewide conversation on racial equity and child well-being.

“The main message is that there really is a wide gulf in prosperity that continues to limit the prospects of kids of color in Iowa,” Discher says, “particularly African-American and Latino children.”

The Child and Family Policy Center is the Iowa grantee for the Casey Foundation’s “Kids Count” initiative, a separate annual report ranking of the states for the well-being of children.

“Iowa typically looks pretty good on those kinds of rankings, right? We’re often in the top five,” Discher says. “The thing that this report does, ‘Race for Results,’ it aggregates that data by race and ethnicity and what it shows is that really no group looks as good as Iowans expect them to look and that includes white children.”

The report, she says, challenges the notion Iowa is a leader among states in terms of well-being for every child.

The report focuses on 12 “indicators” that measure a child’s success in each stage of life — from birth to adulthood. The Foundation’s website says the indicators were chosen based on the goal that all children should grow up in economically successful families, live in supportive communities and meet developmental, health and educational milestones.

“It’s making sure there’s quality early care and education for every kid, that every kid is primed for a higher education, that parents have assistance when needed to get into a good job, that they have food, housing, affordable child care,” Discher says. “It’s making sure every child has a path to opportunity.”