You are here: Home / Health / Medicine / As Iowans get heavier, concerns rise about diabetes risks 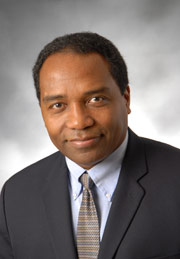 A recent study finds about one in three Iowans is overweight or obese, prompting renewed concerns about the threat of diabetes.

For people of all ages, Iowa’s rate of those diagnosed with diabetes is a full point-and-a-half below the national average of 9.2%.

In Iowa, 32% of adults are obese or overweight, which leads to an increased likelihood of health problems, like diabetes, which may significantly impact quality of life. Rodgers says the biggest obstacle is, many people have diabetes and don’t know it.

“About one in four people, it’s estimated, have diabetes and are totally unaware of it,” Rodgers says. “Obviously, if the disease is undiagnosed, it’s not treated and untreated diabetes can lead to serious health conditions like heart disease, stroke, blindness, kidney disease and even death.”

Iowans need to pay attention to their health and make visits at least once a year to their physician for check-ups. That doctor should be able to help spot the development of diabetes before conditions worsen.

“Some of the common symptoms are being very thirsty, urinating often, having blurred vision or losing weight without trying,” Rodgers says. “Since these are sort of non-specific symptoms, you can probably guess that they’re ignored or they’re rationalized as being the result of something else.”

Rodgers is the director of the National Institute of Diabetes and Digestive and Kidney Diseases, based in Bethesda, Maryland. He encourages people with diabetes to examine how managing their diabetes can fit into their lives and empower them to take specific steps to improve their management with the support of a care team.