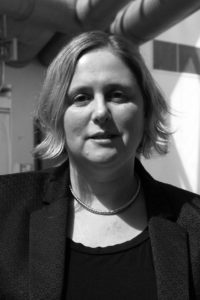 Some small towns continue to thrive even as their populations drop and those towns are the subject of research by a team from Iowa State University.

Kimberly Zarecor, director of the interdisciplinary design program in the ISU College of Design, says the outlook in these towns is overwhelmingly optimistic.

The communities are being referred to as “shrink smart” towns.

“This means people still feel like it’s a great place to live. When they’re asked questions about their neighbors and their community and the support system and the services, they feel they’re all good and possibly improving, even while they’re losing population in the community,” Zarecor says. “We think these places are special.”

ISU has won a one-year, $100,000 planning grant from the National Science Foundation to study these “shrink smart” communities in Iowa.

She says, “What we’re really interested in is quality of life and how their towns can deal with the issues of being small, being rural and losing population.”

Work is underway to identify some of the communities. Since 1994, ISU has polled residents in 99 small Iowa towns, one in each county. Researchers hope to chose a half-dozen or so towns from that list.

“There’s a certain perception that small towns aren’t doing well or that they’re on their downward swing,” Zarecor says. “For us, we want to think about what are the ways in the cycle where more people are moving into metro areas, what’s the future cycle for small towns. Maybe we’re going to see people moving back to small towns and what draws people to those towns.”

An advisory board for the study includes representatives from the Iowa League of Cities, Iowa City and County Management Association, small-town government officials and the Iowa State University Extension.