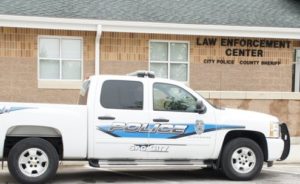 A Fort Dodge man in a Sioux City hospital faces felony charges after he was shot in Sac City. Police say the shooting happened at about 4 a.m. Wednesday.

Bendji Joseph of Fort Dodge was allegedly trying to break in to an apartment in Sac City. A man inside the apartment, Miguel Alcantara, shot twice at the intruder. Joseph was airlifted to a Sioux City hospital for treatment. Authorities say he’s in stable condition.