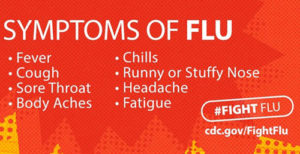 The Iowa Department of Public Health says a central Iowa man who was older than 81 has died from the flu.

Deputy state epidemiologist, Ann Garvey, says the death comes at a time when the flu season is just starting. “We aren’t seeing high levels of activity yet, but we do expect it to come really shortly,” Garvey says. “So, we’re encouraging all Iowans to go out and get their flu vaccine if they haven’t already. It’s especially important to make sure that you get that protection before the holidays start.”

Garvey says they don’t know for sure how many Iowans die from problems related to the flu every year. “We don’t have a great tracking system because generally people will die of influenza-related complications like pneumonia. And so, it’s difficult to kind of parse out which pneumonias are associated with influenza,” she explains.

The Health Department starts reminding Iowans to get a flu shot as the season approaches each year, and some of the information available indicates people are taking that advice. “So far it shows that vaccine uptake is a little more advanced than last year — but that doesn’t record all doses administered — but it is a good sign,” according to Harvey. “So, Iowans are getting vaccinated and we just want to encourage those who haven’t to get out and get their vaccine.”

Garvey says you can help yourself and everyone around you by not infecting them if you do get the flu. “If anyone is sick, it is really important that they stay home to prevent passing that illness on to others,” Garvey says. “Washing your hands is really important this time of year to prevent influenza. And also some of those enteric pathogens like Norovirus that like to circulate as well. And then covering your coughs and sneezes will cut down on transmission as well.”

Garvey says you should check with your physician if you think you may have the flu. “There are some antivirus medications that health care providers can prescribe that may cut down on the severity of illness or cut down on the length of time that someone is ill,” Garvey says. “So it is important to give your health care provider a call if you are having severe illness that might be influenza.”

The CDC recommends that essentially everyone over six months of age should receive the flu vaccine. To learn more about the flu, visit the Iowa Department of Public Health’s webpage.

Graphic from the Iowa Department of Public Health Website.