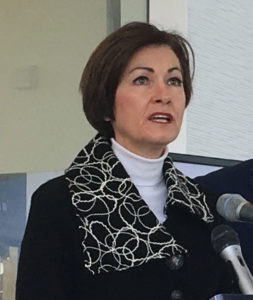 Governor Kim Reynolds is touting a new statewide public health campaign that aims to reduce obesity and the prevalence of diabetes among Iowa kids.

“Research has shown that children who have healthy eating habits, are physically active and spend less time in front of a screen do better in school,” Reynolds said, “their reading scores improve, they’re able to maintain better focus in class and they sleep better.”

The “Healthy Choices Count” campaign is paired with the number 5210. That number stands for five servings of fruits and vegetables daily and a two hour daily limit on screen time, along with at least one hour of activity and zero sugary beverages. The communities of Malvern, Dubuque, Mount Pleasant and West Union will each get an $18,000 grant to spread that message. 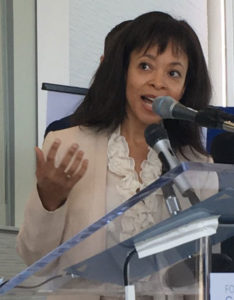 Dr. Mary Figaro of Bettendorf said the campaign will hopefully stop the “on-slaught of diabetes.”

And the doctor warns 70 percent of people who are diagnosed with type 2 diabetes wind up with heart disease. The governor announced this new effort to encourage kids to choose healthy food on Halloween, a holiday closely identified with candy consumption. Reynolds, who gave some of her grandkids “small bags of candy” last night, said the overall goal with this campaign is to teach moderation.

“It is all about balance,” Reynolds said. “Even when we talk about taking the kids to the state fair, we now have a ‘healthiest food’ walk. We had apps that talk about that if you walk, you can have a few extra things you typically wouldn’t be able to have.”

Asking kids — or anyone — to go without candy is “an insurmountable” challenge, according to Reynolds. The governor said you’ll lose people if you go “too far one way or the other” when it comes to setting nutrition and exercise goals.