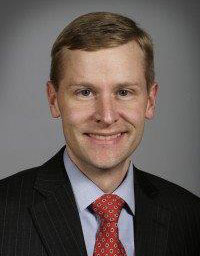 The 12th day of the 12th month is the date Governor Reynolds has set for a special election in northwest Iowa.

State Senator Bill Anderson of Pierson resigned to take a job as executive director for Cherokee Area Economic Development Corporation. The governor has set Tuesday, December 12 as the date for voters to select a replacement.

Anderson, a Republican, has held that state senate seat since January of 2011. His replacement would serve the remainder of Anderson’s current term, which expires in 2018.

The senate district includes portions of Sioux City as well as the cities of Sergeant Bluff, Remsen, Kingsley, Lawton and Correctionville. Republicans hold a two-to-one voter registration edge over Democrats in the district.

Anderson, an Iowa National Guard veteran, was a former aide to Senator Chuck Grassley. He’s been a policy advisor to Congressman Steve King, but has resigned from that position in September to work full time at his new job. Earlier this year, Senate Republican Leader Bill Dix removed Anderson from his role as chairman of the Senate Commerce Committee. Neither Dix nor Anderson has commented on the demotion.

Anderson and his family plan to move to Cherokee County from their acreage near Pierson.