You are here: Home / Agriculture / Northey on hold as Cruz waits for Trump meeting on RFS 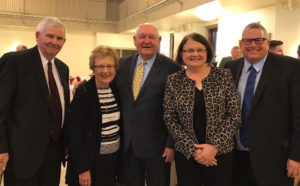 Politico reports that yesterday, Cruz said he’s still waiting for the Trump Administration to organize a meeting with oil-state senators who have concerns about the federal mandate on biofuel production. Governor Kim Reynolds said Northey’s job as U.S.D.A. undersecretary for farm production and conservation has nothing to do with implementing the Renewable Fuels Standard.

Cruz won the 2016 Iowa Caucuses. Just before Iowa Republicans cast their votes in that presidential contest, Cruz argued federal ethanol policy helps lobbyists and “keeps Iowa dependent on Washington” because every year Iowans have to go “beg” the EPA not to reduce the production mandate for ethanol and biodiesel.