You are here: Home / Crime / Courts / Knoxville man sentenced to prison for enticement of a minor 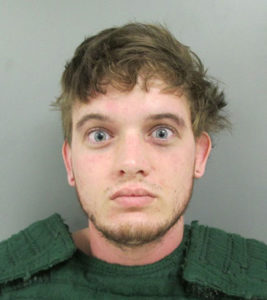 A south-central Iowa man will spend over 11 years in prison for attempting to have sex with a teenage girl.

Twenty-one-year-old Alex Trent VanderVeer of Knoxville was sentenced by a federal judge to 136 months months in prison. The U.S. Attorney’s office for the Southern District of Iowa reports VanderVeer, in June, pled guilty to charges of enticement and attempted enticement of a minor to engage in illicit sexual activities.

The online exchange between VanderVeer and a 14-year-old girl took place in February. VanderVeer is also awaiting trial in Jasper County on charges that he sexually abused a 13-year-old girl in Monroe in April 2015. VanderVeer was 18 at the time of that alleged assault.