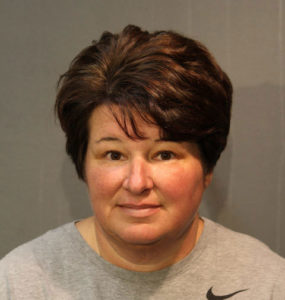 A Sioux City woman is accused of taking over $30,000 from the bank accounts of up to 19 disabled adults.

Forty-eight-year-old Lisa Sembach-Preston is a former employee of Crossroads of Western Iowa, a nonprofit that helps adults with disabilities and mental illnesses. Sioux City Police Detective Bill Nice says the case has been under investigation since May.

“During that time she was spending the money for her own benefit – trips to Vegas, furniture, clothing,” Nice said. Officials at Crossroads of Western Iowa began to suspect something was wrong earlier this year and contacted police with their concerns in May.

“They had actually done a large amount of work on it already prior to me getting (the case) because they were very concerned that it had happened and they wanted to make sure it was taken care of properly. So, we conducted an investigation…with their assistance,” Nice said. “There were a lot of different parts to it, a lot of different banks, going through bank records, credit card statements, bills, tracking stuff down.”

Sembach-Preston was booked into the Woodbury County Jail on $169,000 bond.