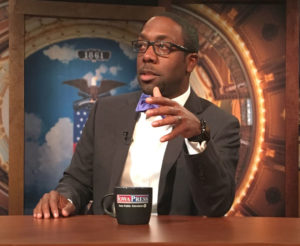 The mayor of Waterloo says it will be harder to finance redevelopment of historic properties if one part of the GOP tax plan in congress passes.

The proposal would eliminate the federal Historic Tax Credit program. Quentin Hart says his city has greatly benefitted from it.

“We’ve had a lot of success with public-private partnerships,” Hart says. “Our entire downtown has utilitized historic tax credits to bring in jobs and bring in businesses.”

The federal historic preservation program was created by congress in 1976 and initially let developers claim accelerated depreciation for rehabilitation expenses. It was made a tax credit in 1976. Tax changes made during President Reagan’s administration set the credit at 20 percent of the cost of rehabilitating an income-generating property.

“So we’ve actually also been able to go into neighborhoods and work to create upgraded housing and stuff for our neighborhoods because we have some older housing stock,” Hart says. “So this could be an enormous impact, overall, to the city.”

A National Park Service report indicates that in the past four decades there have been nearly 43,000 historic redevelopment projects nationwide that were partly financed with this federal tax incentive. Critics have said the tax break helps finance redevelopment that might have happened anyway. Supporters of the incentive say it’s been a net revenue gain because dilapidated buildings are a drain on property values for individuals and governments at all levels.