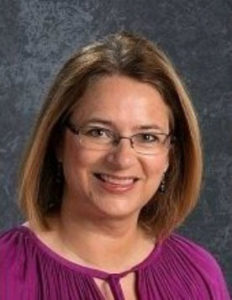 A music teacher in Cedar Falls is in the running for a Grammy.

Michelle Droe, who teaches at Lincoln Elementary School, is a semifinalist to receive the 2018 Music Educator Award from the Recording Academy and the Grammy Museum.

Droe is among 25 music teachers from across 17 states identified as semifinalists. She was nominated last spring by a Cedar Falls family. Droe was eventually asked to submit a video of herself teaching and explaining how she’s overcome obstacles in her career.

“I think I even recorded kids on the last day of school to make that happen,” Droe said, laughing. “So, that was kind of interesting. I just found out a couple of weeks ago that I’m among the 25 semifinalists. It’s pretty exciting.” The Music Education Award recognizes educators from kindergarten through the college level who have made major contributions to the music education field. Droe says after many years, it’s still a fun job.

“I love my job and I work hard at it, so it feels good to have your hard work recognized,” Droe said. “I kind of like to have the focus be more on my kids, so it’s a little uncomfortable in a way. But, I’m really appreciative and excited at the same time.” Droe says 10 finalists for the award will be revealed sometime in December and the ultimate winner will attend the 60th Grammy Awards show in New York on January 28.