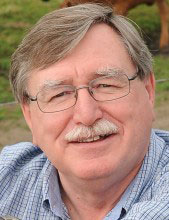 The final listening session for the Leopold Center at Iowa State University is set for next week in northeast Iowa.

Center director Mark Rasmussen says a task force put together the listening sessions to chart the future after the Legislature voted to shut down the center, but then Governor Terry Branstad vetoed the portion of the bill that cut the center. Rasmussen says there’s been a lot of input in the sessions.

“It’s ranged all across the board in terms of people’s comments, “Rasmussen says, “of course some people want to still critique the past actions and make some comments about that.” But Rasmussen says the goal now is to see how they can move forward with the cut of its major source of funding. They’ve supplied those at the listening sessions with some questions.

He says they are asking what people think the projects and priorities should be and any ideas on funding sources for the future. The center has financed hundreds of ag research projects aimed at reducing soil and farm chemical runoff in its 30 years. Rasmussen says one thing he has learned thus far is that people care about the center.

“I’ve been humbled by the amount of support that the center has had during these past six months of these trying circumstances,” Rasmussen says. “It started with all the people who called the governor’s office and encouraging him to not sign this bill in its entirety…and since then we’ve had people show up and give their two cents worth on where the center should go.”

Rasmussen says the task force will use all the information and suggestions it is hearing to come up with recommendations. “Some of the task force members are already starting to summarize and write down things that they’ve heard. And the task force will be preparing a report that goes to the Leopold Advisory Board, plus to me as director of the center, plus to the College of Ag dean,” according to Rasmussen.

The final listening session is scheduled for November 15th on the campus of Northeast Iowa Community College in Calmar. It begins at 5:30.