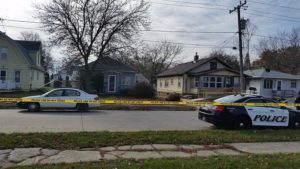 (This story was updated at 4:40pm) The suspect in a Mason City double homicide has been taken into custody. Police say 25-year-old Codie Matz was taken into custody this afternoon and was being transported back to Cerro Gordo County, but no other details about his arrest or the names of the victims have been released.

(Previous story) A man is wanted for questioning after a double homicide this morning in Mason City. Police Chief Jeff Brinkley says shortly before 7:45 a.m., police conducted a welfare check at a residence in the southwestern part of the community, and they found two bodies in the home.

Police are asking for the public’s help in locating Codie Michael Matz, a 25-year-old white male. He’s wanted as a material witness in the investigation. Police say Matz may be armed and suicidal and was last seen in the Mason City area around 8:00 a.m. 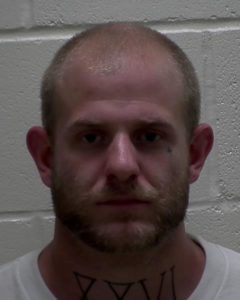 Police believe Matz could be driving a dark green 1996 Chrysler Sebring, with an Iowa license plate of LE007. Anybody with information about Matz’s whereabouts is asked to contact Mason City Police at 641-421-3636.

The Mason City Police Department is being assisted by the Iowa Division of Criminal Investigation. Authorities did not immediately release the names of the victims.