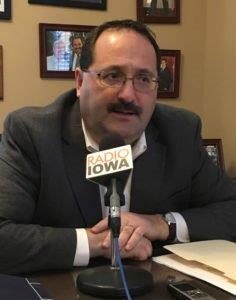 The national chairwoman of the Republican Party is tonight’s keynote speaker at the Iowa GOP’s annual fall fundraiser. The event comes a day after Democrats scored election victories in Virginia and New Jersey.

The other speaker this evening is Sean Spicer, the man who served as White House press secretary for the first eight months of Trump’s presidency.

Iowa Democratic will hold their party’s fall fundraiser on Monday, November 27 and the keynote speaker will be actor Alec Baldwin.