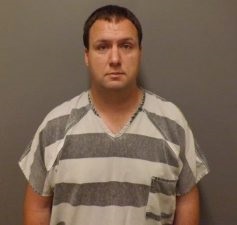 New charges involving dozens of alleged sex crimes involving children are being filed against a former teacher in northwest Iowa.

Van Dam taught fifth grade at Sioux Center Christian School. Josh Bowar is head of the school and says “a dark secret…has been brought to light.”

“Though the number of charges do not necessarily reflect the number of students, we are aggrieved again as we hear the extent of the charges,” Bowar says. “We need to remember that although the charges are many, it also means that many students are no longer carrying secrets.”

Following a student complaint last month, Van Dam was arrested and authorities said more charges would be filed. He was fired from the school on October 19th, the day after the initial complaint was lodged.

Bowar says there were no suspicions about Van Dam and there was no indication of questionable behavior.

“No, and I think that is one thing that the adults at school, parents are struggling with the most,” Bowar says. “None of us knew.”

The school is implementing counseling, special sessions and theraputic tools, according to Bowar, to help bring healing and recovery to the school. He is making a plea to the community.

“We need your prayers. This has been devastating,” Bowar says. “So many levels of trust were breached and it’s against kids. We’ve been so violated in many different ways and this is so far-reaching. What people can do right now is pray. That’s really what we need.”

The allegations date back to August of 2013 and run through October of this year. According to police, the violations involved multiple children and occurred at various locations, including the school.