You are here: Home / Education / UI scientist finds out from media he lost key EPA post 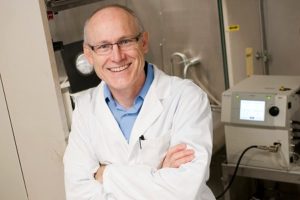 A University of Iowa scientist says he and others who’ve served as advisers to the U.S. Environmental Protection Agency are finding out in news stories they’ve been removed or demoted.

Many of the scientists come from academia and say they’re being replaced by scientists from industries regulated by the EPA.

Professor Peter Thorne heads the UI’s Department of Occupational and Environmental Health and says until recently, he chaired the EPA’s Science Advisory Board, the agency’s most prominent advising body.

“I was term limited, but I was nominated to continue and I found out from the media that someone else had been asked to chair that going forward,” Thorne says. “So I have not gotten official word, but my name disappeared from the website this week, so that’s confirmation.”

Thorne says he’s worried changes at the EPA will limit the agency’s ability to protect public health and the environment. He says scientists from academic institutions serving as advisers are being “marginalized” by the agency’s new leadership.

Thorne says scientists who get EPA funding for research are now blocked from serving as advisers to the agency.

He made his comments on Iowa Public Radio’s program “River to River.”