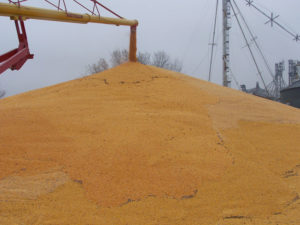 Dry conditions allowed the corn and bean heads on combines to spin and cut through a lot acreage last week.

The latest U.S.D.A. report released Monday shows 85% of the state corn crop is now in the bins. That compares to 67% last week, and the harvest is now one week behind the five-year average after being nine days behind last week.

The end is getting closer for soybeans as well — with 97% of the beans now combined — that’s five percent more than last week. Beans are now six days behind the five-year average.