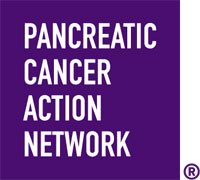 Iowans are being encouraged to “wear purple with a purpose” Thursday in order to raise awareness about what’s considered the world’s toughest form of cancer.

Pancreatic cancer is the third-leading cause of cancer death in Iowa and in the U.S. Melinda Thach, a volunteer for the Des Moines Affiliate of the Pancreatic Cancer Action Network, says she strives to teach more people about the disease and how to spot it.

“People need to be aware of their bodies and pay attention to the symptoms that are sometimes really vague,” Thach says. “It can be a tummy ache in the front, it can be a back ache, it can be changes in stool, it can be things that can be attributed to lots of other things, but if somebody is having all of those together, please call their doctor.”

Other symptoms may include: yellowing skin, weight loss, appetite loss, and a feeling of being full after only eating a little food. Pancreatic cancer is typically seen as a death sentence as 70% of those who are diagnosed die within a year. Still, Thach says improved awareness may be helping to improve the odds.

“The five-year survival rate for pancreatic cancer rose this year to 9%,” Thach says. “That is amazing that it is rising after being steady for a long, long time, but it’s still the only major cancer in the single digits and we need to do something to improve that.”

The five-year survival rate has increased by one-percentage point in each of the last three years. Thach, who lives in Ames, got involved as a volunteer after losing her mother to pancreatic cancer 13 days after she was diagnosed. Thursday is World Pancreatic Cancer Day and purple is the designated color for awareness of the disease.

“We have people all across Iowa who are doing things to raise awareness and wearing purple is just one of them,” Thach says. “We have a girl at the Carlisle Middle School who lost her father to pancreatic cancer. She’s organizing a Wear Purple Day and is having a photo booth with purple props so people can have some fun with it, too.” An estimated 580 Iowans will be diagnosed with pancreatic cancer this year and 430 of them will die from it.