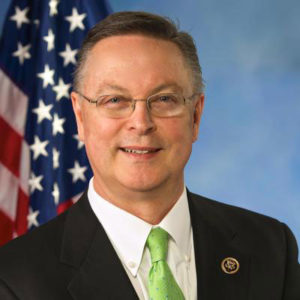 “I’m willing to compromise more than I’ve been for probably 10 years because I see the urgency,” King said. “We need to get these things done and I’m supporting this tax policy even though I think that we ought to go with the ‘Fair Tax’ and abolish the IRS.”

King issued a written statement shortly after the bill passed, calling it “historic,” but adding that “it would have been much improved” if the plan had included repeal of the Affordable Care Act’s penalty for those who do not have health insurance. That proposal is part the tax package pending in the U.S. Senate.

The lone Democrat in Iowa’s congressional delegation is Dave Loebsack of Iowa City. He voted no on the House GOP’s tax plan. Loebsack said in a written statement that the plan “slashes taxes for millionaires, billionaires and corporations” and “will hurt everyday Iowans.”