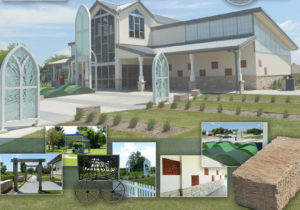 DOT photos of the interstate rest stop near Cedar Rapids.

Corporate sponsorships are the norm now for sports stadiums and arenas, but the Iowa Department of Transportation says there’s been very little interest in them for state highway rest areas.

The director of the DOT’s Highway Division, Mitch Dillavou, told the Transportation Commission last week that they tried to get sponsorships after a federal rule change.

“Four or five years ago we were given permission by the Federal Highway Administration (FHA) to have a sponsorship program at our rest areas…which allowed people to pay for sponsorships and get their name on the sign. They could have some advertising on the sign and we could receive money to offset the cost of our rest area maintenance and upkeep,” Dillavou explains.

But he says they didn’t get a lot of response when they offered sponsorships for the 38 rest stops. “We had eight originally, the second time around we had none, zero — and the ones that had it didn’t show any interest in it,” Dillavou says.

Dillavou says the sponsorships of the eight rest stops amounted to around $55,000. He says the lack of interest in the sponsorships is due in part to the FHA’s restrictions of what can be placed on the signs by the sponsor. The commission discussed the issue as part of a review and update of its rules.