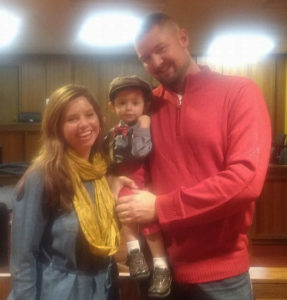 Child adoption events were held in several Iowa cities this past weekend, with two of the largest events in Black Hawk and Hamilton counties.

As part of the Adoption Saturday event in Webster City, a family from Rockwell City family adopted a boy just in time for Thanksgiving.

Rachel Black said she and her husband, Brian, were thrilled to add to their family via adoption. “He’s our third in three years. His name is Alex and we’re super, super excited,” Black says. “It’s been 311 days. Yes, we’ve counted, and we’re so excited to welcome him to our home.” Black says they’re no strangers to adoption.