You are here: Home / Human Interest / Citizen Heroes named for the Iowa-Nebraska game 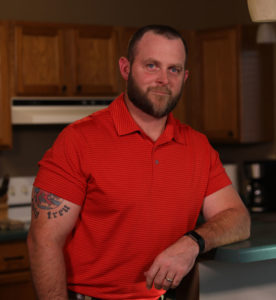 Two men, credited with saving the lives of strangers, will be honored during Friday’s Iowa-Nebraska football game in Lincoln.

The recognition of “citizen heroes” from each state has become a halftime tradition in the annual battle between the Hawkeyes and Cornhuskers.

Mark Tauscheck, spokesperson for the Iowa Red Cross, says this year’s Iowa honoree is 40-year-old Jerry Goeders of Dayton. Goeders and his family were at Lake Rathbun in southern Iowa this summer when they heard a girl screaming across the lake.

She was struggling in the water with no one near her to help. “She was only about 15 feet from the shore, but she could not touch and was flailing and struggling to keep her head above water,” Tauscheck said. “Jerry Goeders’ wife, Stacey, said ‘you’ve got to go.’ So, Jerry took off running down the hill and jumped in and Stacey said her husband swam for probably four minutes or so to get to her. He was pretty exhausted by the time he got to her.”

Goeders grabbed the girl, 8-year-old Jersie Ostino and got her safely to shore. “He said he’ll never forget getting his foot to a rock and feeling that rock with his big toe,” Tauscheck said. “He said that’s when he knew he and the girl were going to be OK, but it was a very frightening experience for him as well.” 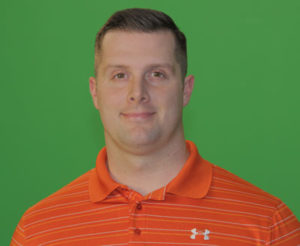 This year’s Nebraska citizen hero is 26-year-old Geoffrey Bennett, a soldier in the Army National Guard, who moved with his family to Norfolk, Nebraska from Illinois as a teenager. Bennett was driving through Omaha last December, in a snowstorm, when he stopped to help a woman near her broken down car. The 34-year-old woman had been critically injured when she was struck by a passing vehicle.

“(Bennett) showed up and saw how bad she was bleeding. He used his own belt as a tourniquet on her leg to slow the bleeding down. Authorities credit him with saving her life,” Tauscheck said. Bennett stayed with the woman and her friend, a 28-year-old man who was also badly injured, until an ambulance arrived.

The woman’s leg was later amputated. Bennett graduated from high school in Norfolk before attending Morningside College in Sioux City where he was a pitcher on the baseball team. Bennett joined the Army National Guard in 2011. He recently started a new job as a technician at Camp Dodge in Johnston (Iowa). He previously served as perimeter security guard at Offutt Air Force Base near Omaha.

Earlier this year, fans of both schools were invited to nominate residents of Iowa and Nebraska for this “Citizen Hero” award. Staff and volunteers from the American Red Cross selected the winners.