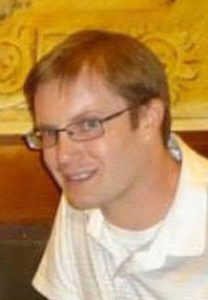 A man already in custody for the June 27 shooting death of a cab driver in Iowa City is now charged with the killing of a bail bondsman on April 22.

The 34-year-old Wieseler was shot in the head at Lederman Bail Bonds, where he was employed.

Lyness said DNA from both Wieseler and Jones was found in a vehicle Jones was seen driving (on surveillance video) within blocks of the crime scene. The new charges Jones is facing come nearly seven months after Wieseler was murdered. “I just want to commend the Iowa City Police Department for doing an excellent job and never, ever giving up on this case,” Lyness said.

Wieseler is a native of Sioux City who attended the University of Iowa and graduated from the U-I College of Law. His longtime friend, Brian Vakulskas, hopes Jones’ arrest will begin to bring closure to Wieseler’s family and friends. “It’s been a long seven months waiting for some type of resolution,” Vakulskas said.

Curtis Jones was arrested on July 20 for the June 27 robbery and shooting death of cab driver Ricky Lillie. Vakulskas and others are wondering why Jones was a free man at the time. “(Jones) was released from prison with a finding that he was at a high risk to reoffend,” Vakulskas said. “He had actually walked away from a work release facility in Cedar Rapids prior to his discharge from the prison setting to parole status, so it is a little bit of a head scratcher.”

Jones’ trial in the Lillie homicide is scheduled to begin April 9th in Scott County.