You are here: Home / Crime / Courts / State agency seeks to enhance training for inmates up for parole 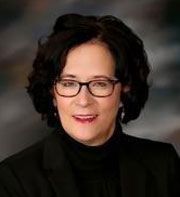 “The work that they do is phenomenal,” Townsend says. “We kept hearing from ex-offenders who are getting ready to get out: ‘All of the training, all of the resume-building, all of that has just helped me feel like I’m going to recover and I can get out and get a good job.’ Some of them even came out with jobs and so it really inspired me to think, “O.K., we need to do more on our offender re-entry programs.'”

Townsend is trying to find a way to send more workforce advisors from her agency into the state’s minimum security prisons, at least on a part-time basis. Townsend says it’s crucial for prisoners to have a quality job-search plan before they’re paroled, or they’ll wind up back in prison.

“If we just release them and then expect that somehow they’re going to make it on a minimum wage job and not re-offend, we’re just wasting our time and money,” Townsend says.

The “Future Ready Iowa” advisory panel recently conducted listening sessions around the state. Townsend says the group repeatedly heard about from people who’ve done their time in prison, but are still searching for a good job.

“The criminal background check has been a big issue,” Townsend says, “and we heard that at multiple locations, about: ‘I can’t even get an interview because they ask if I’ve ever had an arrest or if I have a conviction on my record and then they automatically dismiss me before I even get a chance to talk about maybe it was 10 or 15 years ago, maybe it was a minor offense.'”

Townsend made her comments during a budget hearing in the governor’s office. Governor Kim Reynolds told Townsend you don’t have to visit with many inmates who’ve gone through the resume-building process to understand the big difference that kind of preparation makes once they’re paroled.