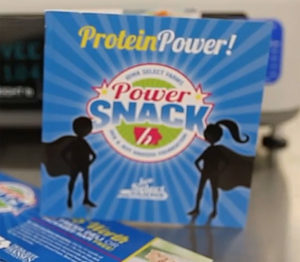 Iowa’s largest pork producer is launching a program in all 99 Iowa counties that aims to feed protein-packed sandwiches to needy children.

Allyson Ladd is marketing specialist for Iowa Select Farms which is starting what it’s calling the Power Snack program. Ladd says, “How it works is, we work with local school officials, principals, lunch coordinators, and we give all children that are on the Free & Reduced Lunch Program coupons that can be used four times throughout the school year.”

The program is now going statewide after it had been tried as a pilot program in several Iowa communities and Ladd says the coupons were a success. “Those coupons are for $5 for a pound of shaved ham and a $3 coupon that will get them a loaf of whole wheat bread,” Ladd says, “so kids will be able to prepare their very own power snacks.” She says recent studies find one in eight children in Iowa are food insecure, meaning they’re not sure where their next meal may be coming from.

“This year, more than 18,000 K-through-12 Iowa students are going to benefit from the Power Snack program,” Ladd says, “which will be about 72,000 coupons total. We’re bringing a lot of nutrition to Iowa children in need.”

Learn more at the Iowa Select Farms Facebook page or at www.iowaselect.com.