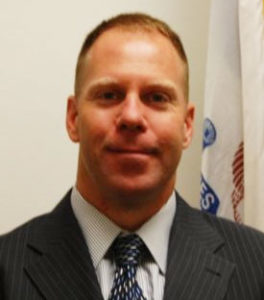 A New Vienna native who has been the state’s drug czar has been appointed by Governor Kim Reynolds to take over as the executive director for the Iowa Department of Veterans Affairs. Steve Lukan replaces Jodi Tymeson who announced her retirement last month.

“I am very excited for the opportunity, we have a great team here and I’m looking forward to helping veterans here in Iowa and to working with people and hopefully we can do some good things,” Lukan says. Lukan is a veteran who joined the U.S. Navy after graduating from Dyersville Beckman High School. He served four years, earning four promotions and obtaining the rank of Petty Officer Second Class. He was awarded the Good Conduct Medal and Navy Achievement Medal.

Lukan says the military has always been important to him and his family. “I’ve come from several generations where we’ve all served in the military and extended family has served in the military,” Lukan says. “I think it’s just a wonderful opportunity to help those people who have served out country, and I like to think of them as some of the finest men and women out there, and I’m just thankful for the opportunity to do it.”

While serving as a state representative for Delaware and Dubuque counties, Lukan championed the creation of the House Veterans Affairs Committee and enacted legislation to help disabled veterans through the establishment of the Veterans Trust Fund. Lukan says he is looking into proposing a few changes to some of the existing laws, but wants to get settled in to his new position before releasing details.