You are here: Home / News / Iowa DNR has 127 lakes on its restoration list 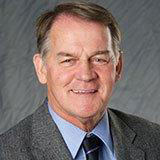 “We work with partners in order to improve the watershed approach, make sure the soil stays where it’s supposed to,” Gipp says, “and that’s on the land.”

The state’s natural lakes are “intensely used” for fishing and recreation, according to Gipp.

“I think 55-56 percent of the assessed valuation in Guthrie County is homes and businesses around Lake Panorama,” Gipp says. “You could say the same thing of Clear Lake and some of the others. That’s how important it is that we continue to work now to not only restore these lakes to where they were, but to prevent them from being recontaminated.”

A decade ago, 127 publicly owned lakes in Iowa were placed on a list as candidates for restoration efforts. Improving water quality and increasing public use of a lake are the two primary goals of the program. A recent Iowa State University study found at least six out of 10 Iowans visit an Iowa lake more than once a year.