You are here: Home / Health / Medicine / Report: Growing number of Iowa children are overweight or obese 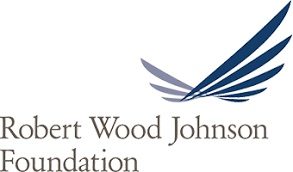 A study finds Iowa’s kids are becoming just as sedentary and chunky as their parents.

The report from the Robert Wood Johnson Foundation finds almost 30%of Iowa children between the ages of 10 and 17 are overweight or obese.  It follows a recent report that found 32% of Iowa adults in that category.

Foundation program officer Jasmine Hall-Ratliff says we continue preach about the virtues of diet and exercise. “But in a lot of neighborhoods and communities, that’s difficult to do because there aren’t grocery stores available or the schools don’t have good policies for physical activity while kids are in school,” Hall-Ratliff says, “or workplaces have not implemented policies and practices that encourage their employees to be physically active during the work day.”

The report also found almost 15% of young Iowa children, between the ages of two and four years, were overweight or obese. Iowa simply isn’t doing all it can, according to the report, to promote a healthy lifestyle in schools — or pre-schools.

“There are policy recommendations that early childcare centers have a definition for good, vigorous physical activities for their young kids, 30 to 60 minutes a day being really active, running around, jumping around, that sort of thing,” Hall-Ratliff says, “but Iowa does not have that kind of policy in place.”

There’s no “silver bullet” solution to bringing the obesity numbers down, she says, and that’s unfortunate. Parents are a tremendous influence on their children in many ways, so given the number of obese Iowa adults, she says it’s little surprise so many children are shaping up the same way.

“It’s what’s being served and sold in schools, what kind of physical activity policies are in place in schools,” Hall-Ratliff says. “It’s also the practice of eating healthfully and being physically active and there have often been recommendations that parents and kids be active together, walk outside together, so that the parents can model healthy behavior.”

The obesity report for young children ranks Iowa 21st in the nation, a slight drop, while the rankings for middle and high schoolers place Iowa 30th, a slight rise. As for adults, Iowa ranks as the 13th most obese state, a rate that’s holding steady.

See the full report at: www.healthyamericans.org