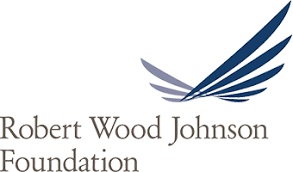 A new study finds Iowa children face more Adverse Childhood Experiences or ACEs than kids in many other states. ACEs might include the death of a parent, being a victim of violence, or living with someone with a drug or alcohol problem.

Martha Davis, a senior program officer for the Robert Wood Johnson Foundation, says ACEs can have a far-reaching impact.

“They have implications for schools, for families and communities, for health care systems,” Davis says. “What it says is, we need to all be thinking about what are the policies that can help families raise healthy children and how can we support parents to be those consistent people in the lives of their kids and how do we reduce the impact of trauma.”

The report found around 38% of children nationwide had at least one adverse childhood experience, while the rate is almost 44% for Iowa children. Twenty-percent of Iowa children had two or more ACEs.

“We know kids are resilient, we know kids can thrive and survive but it take collective action to do that and I think that’s what we make of these numbers,” Davis says. “They’re very high.”

ACEs can have serious, long-term impacts on a child’s health and well-being, Davis says, by contributing to high levels of toxic stress that derail healthy physical, social and emotional development. ACEs can increase the long-term risk for smoking, alcoholism, depression, heart and liver diseases and dozens of other illnesses and unhealthy behaviors.

Davis says there are avenues that can help lessen the effects of traumatic experiences by building supportive relationships.

“Think about paid family leave, think about policies that promote home visiting that give parents and caregivers knowledge, resources to support them when their kids are very little,” Davis says. “We know that improving access to health care, we know that access to high-quality child care and early education. A lot of our kids are spending a lot of time in these early learning settings and we want those to be high quality.”

Research shows 33% of children with two or more ACEs have a chronic health condition involving a special health care need, compared to almost 14% of children who have not had ACEs.