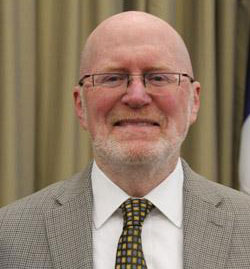 The mayors of three of the largest cities in eastern Iowa will be gathering later this week for a public panel discussion about the challenges they’ve dealt with this year.

Iowa City Mayor Jim Throgmorton organized Friday’s event, which will also include the mayor of Madison, Wisconsin, to talk about the issues facing their cities – especially in light of changes at the federal and state levels.

“Certainly, one key issue has to do with preemption of local powers by state government both in Wisconsin and Iowa, but also the use of executive orders by the president,” Throgmorton said. The selection of the mayors was all about timing, according to Throgmorton.

Madison Mayor Paul Soglin  has a separate event in Iowa City so Throgmorton decided to invite the other mayors to coincide with Soglin’s visit. Cedar Rapids Mayor Ron Corbett and Waterloo Mayor Quentin Hart will join Soglin and Throgmorton for the public event.

The free event called “What Four Mayors Have Learned Over the Past Year” – will take place at Film Scene in Iowa City on Friday starting at noon.