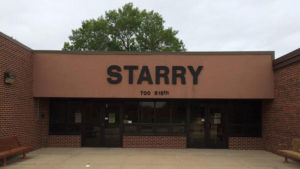 A settlement has been reached between an eastern Iowa school district and the families of children allegedly abused by a classroom volunteer.

Sixteen-year-old Logan McMurrin was convicted earlier this year of sexually abusing three kindergarten students at Starry Elementary School in Marion. He was 15 at the time of the incidents. The teacher of the class, Diane Graham, is charged with failure to report child sex abuse. Her trial is scheduled to be held in Tama County in January.

Marion Schools Superintendent Joseph Dyer confirmed the district has settled with three families who filed lawsuits. Those families will receive $600,000 each in exchange for dropping all claims against the district and Graham. Dyer says a fourth lawsuit involving another family has also been settled, but the details aren’t finalized.