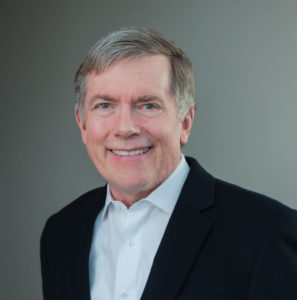 An Iowa company with a long history of manufacturing food ingredients for humans and animals will be involved in the first company given a state license to manufacture medical marijuana.

Kemin Industries president and CEO, Chris Nelson, will also oversee MedPharm Iowa as it manufactures cannabis oil. The Iowa Department of Public Health issued a notice of intent to award a manufacturing license to manufacture medical cannabidiol in Iowa to MedPharm Iowa.

Nelson says Kemin has watched the medical marijuana industry for many years. “I think we’ve been especially moved by some of the stories that we’ve heard about the ability of cannabis oil to be able to relieve enormous numbers of what seemed to be untreatable symptoms in various patients,” Nelson says.

The company has an agreement to obtain intellectual property from MedPharm Colorado, based in Denver for the manufacturing process. He says MedPharm Colorado has the experience in growing marijuana and extracting the ingredients from the plant, so they will get that information transferred to the Iowa company.

The state passed a law which decriminalized possession of cannabis oil for treatment of chronic epilepsy, but those who wanted to use the oil had to obtain it outside the state and that created several issues. Legislators voted this spring to modify the law to not only to let doctors prescribe cannabis oil for a wider variety of medical conditions — but to set up the state-sanctioned system for growing and dispensing it.

Nelson says the state has given them until December 1st of next year to start producing the product. “It may seem like a long time — but in that time we have to construct growing facilities, construct extraction facilities and of course then there’s the time for the plant to actually grow,” Nelson explains. “So, this is a highly aggressive schedule that we have promised the state that we will meet.”

Nelson says the company has some stringent guidelines to meet to begin production at its Des Moines location. “The security that the state is asking for for the growing and extraction of this plant is probably unprecedented,” Nelson says. “I would say typical pharmacies across the state are under far less security to be able to handle opiods than we will have to be to be able to handle this plant.”

MedPharm Iowa will have an agreement in place with Kemin to contract for a range of services as it starts production. The use of medical marijuana has both supporters and detractors, and Nelson says there are a lot of unkowns. He says Kemin has experienced this type of thing before, citing its development of lutein.

“When we first introduced that molecule — literally no one in the United States had heard of it. And now close to 60 percent of Americans know what lutein is and what it is used for,” Nelson says. Nelson says they are taking a chance that more research and development can standardize the extraction and manufacturing processes and lead to success with cannabis.

“We believe that because the various compounds that are contained within cannabis have not been explored, that there’s enormous opportunities to really significantly impact on human health,” according to Nelson. “And for this reason, yes we are taking a risk, there’s no doubt. But we believe this risk is well founded.”

Kemin now makes 500 specialty ingredients for humans and animals for customers in more than 120 countries. It is a privately held, family-owned and operated company with more than 25-hundred global employees operating in 90 countries.