You are here: Home / Sports / Graceland women get shot at big time foe 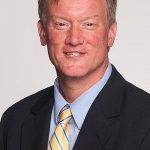 “Kirk used to coach at Sioux City North and I used to coach at Cedar Rapids Washington”, said Howell. “In fact we even go further back then that. He coached at Galva-Holstein while I coached at Audubon in high school so we have known each other for a long time.”

Howell says not only will the money earned help fund the program but it also counts as an exhibition game for Graceland. It counts as a regular season game for UNO.

“It is a great opportunity for our players to go in and soak in the venue of Baxter Arena”, added Howell. “It is kind of a win-win for us.”

It is not the first time Graceland has challenged a division one opponent. The Yellowjackets lost at UNO a year ago and also played a Western Illinois team that eventually made it to the NCAA Tournament.