You are here: Home / Crime / Courts / Arrest made in death of Mt. Pleasant woman 17 years ago 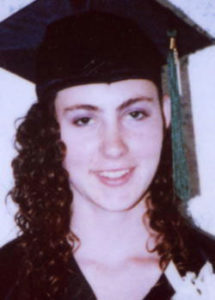 The recent reopening of a cold case in southeast Iowa has resulted in an arrest.

Iowa DCI agent Ryan Kedley says 52-year-old Michael Syperda is now accused of killing Elizabeth Syperda, who was 22 when she vanished in July of 2000 in Mount Pleasant.

“The case was picked up in the last year or two by an agent with the DCI in conjunction with the Henry County Sheriff’s office and the Mount Pleasant Police Department,” Kedley said. Michael and Elizabeth Syperda were married, but estranged, at the time of her disappearance over 17 years ago.

A Henry County grand jury on Wednesday indicted Michael Syperda on a charge of first-degree murder. He was arrested Thursday in Glenwood Springs, Colorado. “Once the arrest warrant for Mr. Syperda was active, there was not much of an issue taking him into custody,” Kedley said. “Once located, he was taken into custody without incident.”

Michael Syperda was never ruled out as a suspect in the case but until now, investigators maintained they had no solid evidence to arrest him. Kedley would not tell Radio Iowa what led them to file charges now.

“Once he actually has the opportunity to go to trial…the information discussed (before the grand jury) will be addressed during the trial, so at that time, more details of the investigation will be made public,” Kedley said.

One month before Elizabeth Syperda vanished, Michael was arrested for assaulting both his wife and her roommate. He eventually pleaded guilty to second-degree robbery and domestic abuse assault stemming from that incident. He received a suspended prison sentence and was placed on probation for five years. Syperda later moved to Colorado.