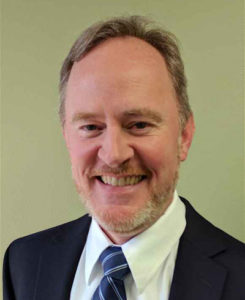 ACLU of Iowa executive director, Mark Stringer, says they are know as “pretextual stops.” “It could be driving three miles an hour over the speed limit — which isn’t something people are typically pulled over for — a broken taillight,” Stringer says. Stops are often made if the license plate light on a car or truck is out. Stringer says there is evidence the stops are wrongly targeting certain groups.

“We’re concerned about what happens when people are pulled over on a pretext, it tends to lead to disproportionate traffic stops for people of color in particular,” Stringer says. He says they are telling the Iowa Supreme Court these type of stops drive racial profiling and put people of color at risk of police violence.

“We filed an Amicus Brief along with some coalition partners to ask the Supreme Court to declare pretextual traffic stops unconstitutional,” Stringer explains. The groups cites as an example a pretextual stop for a burnt-out license plate light in Cedar Rapids in November 2016 that led to Jerime Mitchell being shot in the neck by the police officer and paralyzed. The group says the dashcam video appears to show a legally lit license plate. Stringer says there is no statewide data kept on pretextual traffic stops, but they have compiled information in some counties.

“In Linn County for example, African Americans are 25 percent more likely than white people to be cited rather than warned when stopped for a traffic violation. Scott County data shows that African Americans are more than three times more likely to be stopped for traffic violations than white drivers, and almost twice as likely to be arrested after the stop,” according to Stringer. “So, it’s not only that people of color tend to be stopped more — they tend to be cited and or arrested more.”

The effort to ban these stops comes as a “friend of the court” brief in a case from Waterloo where a black woman was arrested after a stop where the officer said one of two license plate lights was out and because she went through an intersection during a yellow light. The woman argues that video shows the license plate was still legally visible.

The data cited in the brief says Waterloo had the worst disparities in the traffic stop data. The information from the Waterloo Police Department show that nearly 38 percent of traffic stops were black drivers, while they make up 15 percent of the population. It also showed black drivers were also substantially more likely to be arrested and searched and substantially less likely to be merely warned than white drivers.

The Iowa NAACP, the League of United Latin American Citizens of Iowa, and 1,000 Kids for Iowa joined the ACLU in filing the brief.