You are here: Home / Agriculture / Concern continues over dwindling number of veterinarians 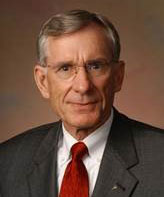 Farmers and public health officials are growing increasingly concerned with a shortage of food animal veterinarians in Iowa and across the country.

The number of farm animal vets is shrinking at a time when worries over potential disease outbreaks are on the rise. Dr. John Thomson ran a veterinary clinic for 20 years just south of Creston.

“And it’s a very sparsely populated area, so it’s not always easy to attract veterinarians into those areas,” Thomson says. The retired Iowa State University professor is fighting for legislation that would lure more young animal doctors into rural or underserved areas.

Thomson says one of the biggest barriers involves student debt.”On average, (veterinary) students are graduating with $141,000 in debt and they’re looking for ways to reduce that as painlessly as they can. A lot of times they’ll take what they feel is the most lucrative opportunity for them and that isn’t always in the most remote areas of the state,” Thomson says.

In response to the vet shortage, Congress approved the Veterinary Medicine Loan Repayment Act – which helps pay off the student loans of animal doctors who chose to practice in rural areas. Thomson says the program is working, but doesn’t receive enough funding to fill the demand.

“There’s a Veterinary Enhancement Act that has been put forward to remove the tax on the award so more people can be provided that assistance,” Thomson says. Thomson is a member of the American Veterinary Medical Association, which is pushing for removal of the tax.

Thomson was the dean of the ISU College of Veterinary Medicine from 2004-2011.