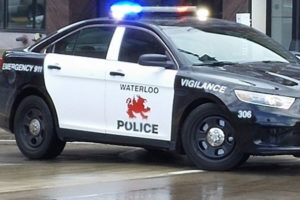 A young man is hospitalized after a drive-by shooting in Waterloo.

Police Captain Dave Mohlis says it happened around 10 p.m. Wednesday in the 1100 block of Columbia Street.

“It appears that some vehicle went down the back alley by the house and multiple shots were fired from the car toward the house,” Mohlis said. Nineteen-year-old Trevel Altman-Aron was struck at least once. He is expected to survive.

Mohlis said Altman-Aron was listed in critical, but stable condition this morning. No one has been arrested.