You are here: Home / Recreation / Entertainment / Hawkeye fans can expect to spend more on bowl game than Cyclones 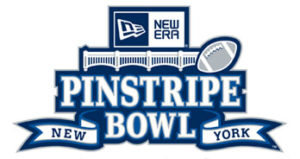 Cyclone and Hawkeye football fans who plan to cheer on their teams in bowl games this month will spend many hundreds of dollars for airfare, lodging and tickets, with Iowa fans shelling out the most.

“Not bad compared to a lot of the other bowl games,” Tornatore says. “If you compare this to some of the huge bowl games, like the Cotton Bowl is $145 and median ticket prices to the Sugar Bowl are $375. So, think of it that way and you’re getting a bargain.” It’s a long drive to New York, but also it’s an expensive flight. She ran the numbers to fly from Des Moines to New York, leaving December 26th and returning on the 29th.

“Non-stop out of Des Moines to New York City was $838 while one-stop flights out of Des Moines were a little bit cheaper at $636,” Tornatore says. “If you happen live somewhere in Iowa that may be the same distance to get to Chicago, that’s going to be your best bet. Non-stop flights from Chicago to New York were just $304 so that’s definitely the way to go.” As you’d expect, hotel rooms in the Big Apple don’t come cheap.

“They’re a bit pricey. It’s the week of Christmas,” Tornatore says. “Also, with these big games, four-star hotels in the city are starting at $250 per night. Three-star hotels from $165. Nothing crazy. I’ve seen them a lot higher in New York with different events going on. This is about the average any time of year you’d be paying to stay in New York City.” 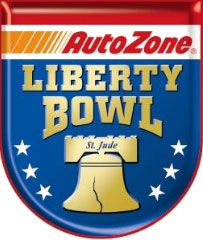 Iowa State University is headed to Memphis, Tennessee, to play Memphis in the Liberty Bowl on December 30th. Tornatore says Cyclones fans will have to pay more for game tickets but they can likely find cheaper hotel rooms in Memphis than Hawks fans in New York.

“Game tickets are starting at $85, so they’re actually a little bit pricier than what folks going to the Pinstripe Bowl will be paying,” she says. “Flights out of Des Moines, one-stop flights are $698 and flights out of Chicago are around $300.” While Iowa fans will be paying big bucks to stay overnight in New York, I-S-U’s fans will be able to find much cheaper places to stay during their bowl game.

“Hotels in Memphis are definitely where you’re going to be able to save,” she says. “Three-star hotels are starting at $127. Plenty of options, plenty of availability. Four-star hotels coming in just under $200, so Memphis is definitely more of a bargain when it comes to your lodging options.” I

owa State was allotted 15,000 tickets for the game and they’ve all been sold, but Tornatore says reputable secondary-market ticket outlets still have plenty of Liberty Bowl tickets available.