You are here: Home / News / ISU study shows those who cut water use also save on electric bills 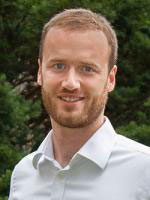 An Iowa State University study finds conservation may be contagious. Researchers found residents who were encouraged to save water also ended up saving on their electric bills, too.

ISU economics professor Gabriel Lade says they started out by working with utilities to send water reports to a select group of homes. “These reports provide simple information about your household’s average daily water use,” Lade says. “It compares you to other households around you so you get a sense of whether you’re a high or low water user, and it provides you with a lot of conservation tips.”

Residents who made an effort to conserve, based on the report, often managed to cut back on water use by as much as 5%.

“To put that into perspective, that’s about the same as households reducing their shower times by about six minutes per day,” Lade says. “So, that’s a pretty substantive decrease in water use.” Lade says he was encouraged, and a little surprised, to discover that households that cut water use by 5% also cut their electricity use by as much as 2%, even though the emphasis was only on water. Water and electricity conservation often go hand in hand, he says, like when you use a washing machine less, you’ll also use the drier less.

“What we found is that the electricity savings we observed far exceed what you would expect to see if it were just coming from reductions in these appliances,” Lade says. “It looks like conservation begets conservation. Households started to turn off lights when they left a room.”

There’s even a term for programs that encourage consumers to conserve one resource and they end up reducing the use of other resources — it’s known as a “behavioral spillover.” Lade’s conclusion is that when consumers are told about their water consumption rates, not only do they conserve that resource, they become more energy efficient, as well.