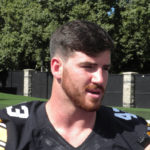 University of Iowa senior linebacker Josey Jewell and junior defensive back Josh Jackson have been named to the Associated Press All-America team on Monday.

This is the fourth straight year Iowa has had an Associated Press All-American, (Desmond King, 2015-16; Austin Blythe, 2015; Brandon Scherff, 2014) and third time in four years that player was named to the first team.

Jewell, a native of Decorah, Iowa, was named a Walter Camp first-team All-America and was recipient of the Lott IMPACT Trophy and Jack Lambert Award. Jewell earned first-team all-conference honors by Big Ten coach and media and Associated Press. He leads the Big Ten and ranks third nationally in tackles (125 total, 11.4 per game). Jewell is a finalist for the Senior CLASS Award and was a finalist for the Bronko Nagurski Trophy. In addition, he was a semifinalist for the Bednarik and Butkus Awards. 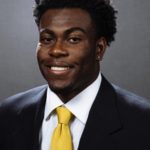 Jackson, a native of Corinth, Texas, is tied as the national leader with seven interceptions and earned all-conference recognition for the first time and was named a Walter Camp first-team All-American. He leads the nation with 25 passes defended and is tied for second in interception return touchdowns (two), and pass break-ups (18). He ranks third in interception return yards (163). Jackson’s seven interceptions rank fourth best for a single season at Iowa, just one from tying Iowa’s single-season record (Desmond King, 2015; Lou King, 1981; Nile Kinnick, 1939).

Jackson tied Iowa’s school record with two interception returns for touchdowns (B.J. Lowery, 2013) at Wisconsin, covering 43 and 52 yards. The previous week, Jackson tied Iowa’s school record with three interceptions in Iowa’s 55-24 win over No. 3 Ohio State. Jackson also had a forced fumble at Wisconsin, and a blocked field goal in a win over North Texas. He has started all 12 games this season and recorded 47 tackles. Jackson was a finalist for the Jim Thorpe Award.