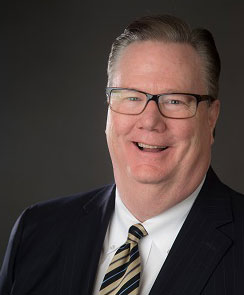 Members of Iowa’s largest business group are predicting the state’s economy will grow over the first three months of 2018.

Mike Ralston is president of the Iowa Association of Business and Industry (ABI), which has released the results of an inaugural survey of its members.

“Those who responded to the survey, 80% of them expect sales to increase in the first quarter of 2018,” Ralston said. “That’s really good news for Iowa.” According to Ralston, there are several reasons why so many leaders of those companies expect a bump in sales over the first quarter of next year.

“One is that ABI folks tend to be exporters and exports are strong right now. Another one is there seems to be an indication that the ag market is going to improve and a lot of folks in Iowa make things for the ag sector, so that’s good news,” Ralston said. “And third is folks have had some success in attracting new workers and thus, they’re able to fill out shifts and be more productive.”

Just over 72% of ABI board members said they plan to make capital expenditures in Q-1 and many expect to expand their workforces.

“Fifty-percent of the people who responded to the survey indicated that they are going to hire in the first quarter,” Ralston said. “So, if you’re looking for work, there are jobs out there in Iowa.” ABI member companies come from all 99 Iowa counties.

This is the first time ABI has conducted a public quarterly survey of its board in the organization’s 114-year history.