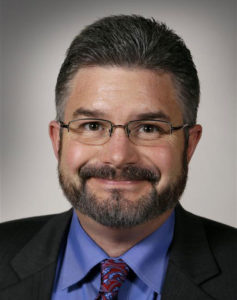 A state ombudsman reports that denial, reduction or termination of services is the number one complaint among the hundreds of complaints filed each month from Iowa Medicaid recipients.

The report was reviewed yesterday by a legislative committee examining Iowa’s switch to having for-profit companies manage the state’s Medicaid program. Representative Rob Taylor, a Republican from West Des Moines, cited the report as he spoke to Kim Fultz with United Healthcare.

“This, I see, as your report card of what you’re doing well and what you’re not,” Taylor said. “Would you like to respond to that?”

Fultz replied: “Well, first I’d like to say that it’s an inaccurate characterization.”

According to Fultz, a small number of Medicaid recipients are complaining about denial of services they believe they need, but there isn’t support for those services and the company deals with each complaint individually.

According to the ombudsman’s report, the complaints are coming in particular from patients who get home and community-based services through Medicaid. The ombudsman’s office received more than four-thousand calls from Medicaid recipients over the 12-month period that ended September 30. Nearly half were about denial, reduction or termination of services.