You are here: Home / News / Cold weather takes its toll on cars 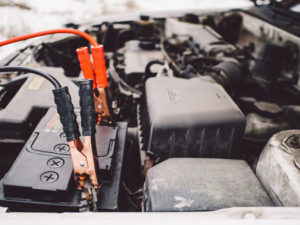 As temperatures fall, the number of problems with our vehicles often rises. Cold weather is especially hard on car batteries and when they die, your car is stuck.

Many Iowans tried to go back to work on Tuesday morning after a long holiday weekend and discovered their engines wouldn’t turn over. Gail Weinholzer, at AAA-Iowa, says the bitter cold snap took a toll.

“We saw a 144% increase in Iowa for service calls yesterday,” Weinholzer says. “The number one issue was batteries, followed closely by lockouts and tire issues.” Many Iowans who made it to work without too much trouble went back to the parking lot at the end of the day to find their vehicles were dead in their tracks and they needed a jump — or a new battery entirely.

“Whether they just decided to head back to work and needed to start their car and even those folks who’d gone to work yesterday,” she says, “we had a significant bump in that late afternoon timeframe as well.” Cars that were left outside during the holiday weekend were likely covered with snow and had frosty windows. While it’s natural to start the engine, flip on the heater and defroster, then go outside to scrape the windshield, that process can be a recipe for trouble.

Weinholzer says, “The other thing, along with checking your battery, you want to make sure when you warm up your car, you don’t actually lock your keys in it.” Dangerous wind chills are predicted for much of Iowa this Friday night and into Saturday, with indices plummeting into the 20s and 30s below zero.