You are here: Home / Crime / Courts / Group tries to create guide for those who get out of prison 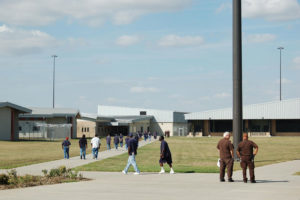 A Johnson County-based nonprofit is joining with the Iowa Department of Corrections to create an on-line resource guide for people who are being released from prison.

The group “Inside Out Reentry Community” formed in 2015 to help recently-incarcerated men and women find jobs, housing, counseling services and even clothing. Director Mike Cervantes says there is plenty of support for these people, but it’s not always easy to find.

Cervantes says, “Small organizations across the state are trying to do a lot to help people, but that information is really scattered.” The group worked with Iowa’s nine correctional facilities to collect resource information and post it to its website. Cervantes says the guide will be updated every six months as he becomes aware of more contacts. He says one goal is to make sure everyone leaving prison receives the help they need.

“The reentry support people were receiving was pretty mixed,” Cervantes says. “Some people were getting really good help, other people, less so.”

The Iowa Department of Corrections estimates 95% of current inmates will eventually be released.