You are here: Home / Fires/Accidents/Disasters / Evansdale water tower ice cap breaks up on its own 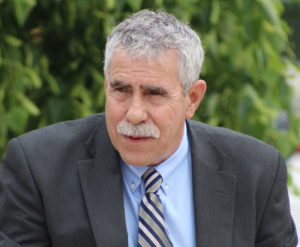 Evansdale residents can now drink water from their faucets again as the boil advisory has been lifted.

The city lifted the advisory after results of a second test on the city’s water system showed no signs of contamination. An earlier test also came back clean. The boil advisory was issued Monday night when sensors in the Evansdale water tower froze, leaving the entire community without water for about 90 minutes.

The sensors regulate the amount of water being pumped and circulated. When they froze, an ice cap formed at the top of the water level inside the tower, which shutdown the system. The city had called in a company to spray heated water at the ice cap to try and melt it, but Evansdale Mayor Doug Faas says the ice cap cleared up before the crew could got to work.

“Sometime Wednesday the water tower — for lack of a better term — cured itself. They think it was just we had a sunnier day and it warmed up the metal around it and it loosened up that ice cap enough to allow the water to start circulating around it into the tower,” Faas says. He says getting the water circulating is key to keeping it from forming ice.

“That water does come in obviously very cold this time of year, but it is above freezing, so the circulation plus a little bit warmer water has helped reduce the ice cap further,” Faas says. “The crew did come in, they climbed up there and checked it and there is still ice in there, but they think we will be fine as long as we can keep circulation.” Faas says they still don’t know why the sensors malfunctioned and caused the ice cap to form.

“Right now it is just an unknown, but everything seems to be functioning fine now,” Faas says. Evansdale Water Works is not a city department, it operates its own agency.