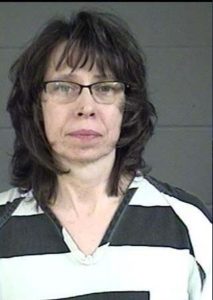 Drive-by shootings outside two homes in northwest Iowa on Christmas Day led authorities to a house in Brandon, South Dakota, this week where they discovered an arsenal of weapons.

Two suspects were taken into custody — a mother and son. Brandon Police Chief David Kull says they found a wealth of guns at the home, which had a fortified basement.

“There were approximately 80 firearms and a large amount of ammunition,” Chief Kull says. “I’m talking thousands of rounds. We’ll probably have to weigh it. I don’t think we’ll ever count it.”

Kull says 50-year-old Artis Kattenberg and her 16-year-old son were arrested. The drive-by shootings occurred in Lyon and Sioux counties. No one was hurt. Reports say the teen fired the shots.

Kull says the incidents may have something to do with a dispute the suspects were having at a church in Rock Valley, Iowa.

“There were comments made in reference to microchips being implanted in brains and being controlled by outside sources,” he says. There is some question about the woman’s mental stability, according to the chief.

In addition to the weapons, police seized high-powered rifle scopes, kevlar vests and gunshot suppressors. The basement of the house was stockpiled with supplies, including food and water.