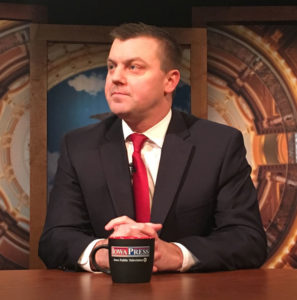 A top Republican in the legislature suggests it’s time to appoint a new panel to spark changes at the state-supported universities.

“I think we need to get more creative,” Jack Whitver of Ankeny, the president of the Iowa Senate, said during a town hall forum on WHO TV. “If you look at states like Ohio, they put together commissions to really study higher education and how they can be more effective.”

The presidents of the University of Iowa, Iowa State University and the University of Northern Iowa recently recommended seven percent hikes in tuition next fall. The nine-member Board of Regents has not yet voted to set tuition levels for next year, but Whitver said a commission could suggest changes that prevent “drastic increases to tuition” and save students money.

“Maybe it’s set up a three-year degree program, so that kids aren’t paying for that additional year,” Whitver said. “I think we have to be more reform-minded and look at new ideas instead of just the same old model.”

Whitver got his law degree from Drake, but he played football for Iowa State and graduated from ISU with a degree in exercise science and a masters from ISU in business.

Members of the Board of Regents have an ongoing “tier” initiative seeking efficiencies in the universities’ operating budgets. In the 1990s, the so-called “Fisher Commission” appointed by then-Governor Terry Branstad recommended budget cutting in all levels of state government, including the state universities. In the late 1980s, Board of Regents president Marvin Pomerantz led an effort to reduce duplication in academic programs among the three state-supported universities.