You are here: Home / News / Casinos in Marquette, Davenport fined for violations of self gambling ban

The Iowa Racing and Gaming Commission handed out fines to two casinos Thursday for three violations involving people who had banned themselves from gambling.

The Casino Queen in Marquette was issued a $5,000 fine for sending out a mailing to a person on the banned list.

General Manager Dan Ostert spoke to the commissioners about the violation, which was the casino’s first in the last year. He says they have implemented procedures to try and keep it from happening in the future, including having a second verification of the person by a marketing employee. Ostert says they require the name to be checked against the banned list when the file is pulled and when it is sent out. 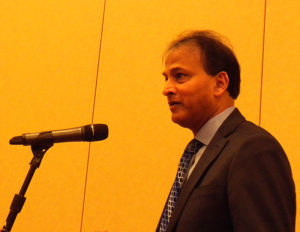 The Rhythm City Casino in Davenport was fined $3,000 after a woman who was banned used someone else’s ID to collect a $1,500 jackpot in May.

General Manager Mo Hyder  says the person made a deliberate attempt to defraud them, but in the end the security team identified the person and took proper action. The casino paid the state $1,500 to offset the jackpot that was paid out.

The casino had a previous violation in the last year, but Commissioner Jeff Lamberti said the violation should be treated as a first violation since the person actively sought to get around the ban. Hyder says it is an issue they have to be aware of.

“People are going to try and do these kind of things and we just have to be careful and be a little more observant,” Hyder says. The Rhythm City was also fined $5,000 after a person registered for the Player’s Club and received a card in July. The casino later discovered the person was on the banned list.

“Obviously there was a major breakdown, we do have all the polices and procedures and systems in place to address such issues. Unfortunately, due to human error we did have this issue of noncompliance,” Hyder says. He says they have since gone through the entire process of retraining everyone and stressing they should be careful when they are setting up new accounts.

The rules involving self ban violations changed after a law change that allows someone to remove their name from the list if they have been on it for five years. Racing and Gaming administrator, Brian Ohorilko, says the one change involves those who try to actively get around the self ban.

“In those instances…they will still be violations, but they will be handled at the gaming board level,” according to Ohorilko. The maximum fines for those violations will be $1,000. Ohorilko says

“In instances where the casino industry initiates the contact, in those instances the fine structure has escalated. “And those violations will be referred to the commission, and those fines will start at $5,000,” Ohorilko explains. Ohorilko says the new system went into effect in July.