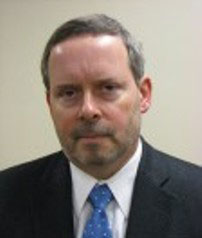 Cerro Gordo County’s longtime County Auditor is leaving his job to work as the state’s Deputy Commissioner of Elections. Secretary of State Paul Pate announced Monday the hiring of Ken Kline to the position.

Kline has served as the County Auditor for more than 25 years and is the creator of the national award-winning Precinct Atlas electronic poll book program that is used in a majority of Iowa’s counties to simplify procedures for poll workers on election days. Kline says it was an opportunity that he couldn’t pass up.

He says it’s an important set of responsibilities. “I have a lot of respect for the staff in that office, their commitment to assisting counties with administering elections. It’s a nice title, a nice position and I appreciate just the opportunity.”) Kline says he’ll not forget the quarter century’s worth of work he’s done in Cerro Gordo County.

He says, “As far as my position here, I can’t say how much I’ve sincerely appreciated the opportunity to serve the citizens and the voters here in Cerro Gordo County the past 25 years, and will miss portions of the job here.”

Kline’s experience with developing the electronic poll-book program as well as his leadership locally and at the state level, including being a past president of the Iowa State Association of County Auditors, were some the reasons he was tabbed to join Pate’s staff.

He says, “I think the activity with the Precinct Atlas, creating or developing that program, and seeing the impact in improving elections across the state with that program has been certainly an influence. I’ve been active with the Auditor’s Association, served as the legislative liaison, one of two in those roles for six or seven years, stepped down a year ago from that. I served on a variety of committees and have been active on a variety of election fronts at the state.”

Kline will start his new role in the Secretary of State’s office on January 22nd. He replaces Carol Olson, who left to become the state director for Senator Chuck Grassley.